However, more progress is needed. A cure is yet to be discovered, and HIV remains a health threat because people don’t know the facts about how to protect themselves and others. There's an NIH for that

What are the facts?

What is HIV? It is the human immunodeficiency virus.
How does HIV spread? The virus spreads through contact with certain body fluids.
What does the virus do? It attacks the body’s immune system reducing the number of CD4 cells often called T cells.
What happens if untreated? Over time, HIV can destroy so many CD4 (T cells), opportunistic infections or cancers take advantage of the weak immune system and signal that the person has AIDS.
Is HIV curable? No effective cure exists for HIV. However, HIV can be controlled and people can live with HIV if given the proper treatment and care.
Who has HIV/AIDS? Some groups of people in the United States have been disproportionately affected by HIV.

Increase awareness and knowledge in support of those living with HIV, and help prevent HIV by sharing the facts. Here are some program ideas:

Book Club Reduce the stigma and discrimination often associated with HIV/AIDS. Select one of the NNLM Reading Club book titles, download its discussion guide, and start a conversation.

Exhibit Surviving and Thriving: AIDS, Politics, and Culture is a National Library of Medicine traveling exhibition. It explores the rise of AIDS in the early 1980s and the evolving response to the epidemic over the last 30 years.

Information To supplement any health program or event, download and share trustworthy and free resources from the National Library of Medicine, affiliated government agencies, and non-profit associations to help stop HIV stigma and promote testing, prevention, and treatment. 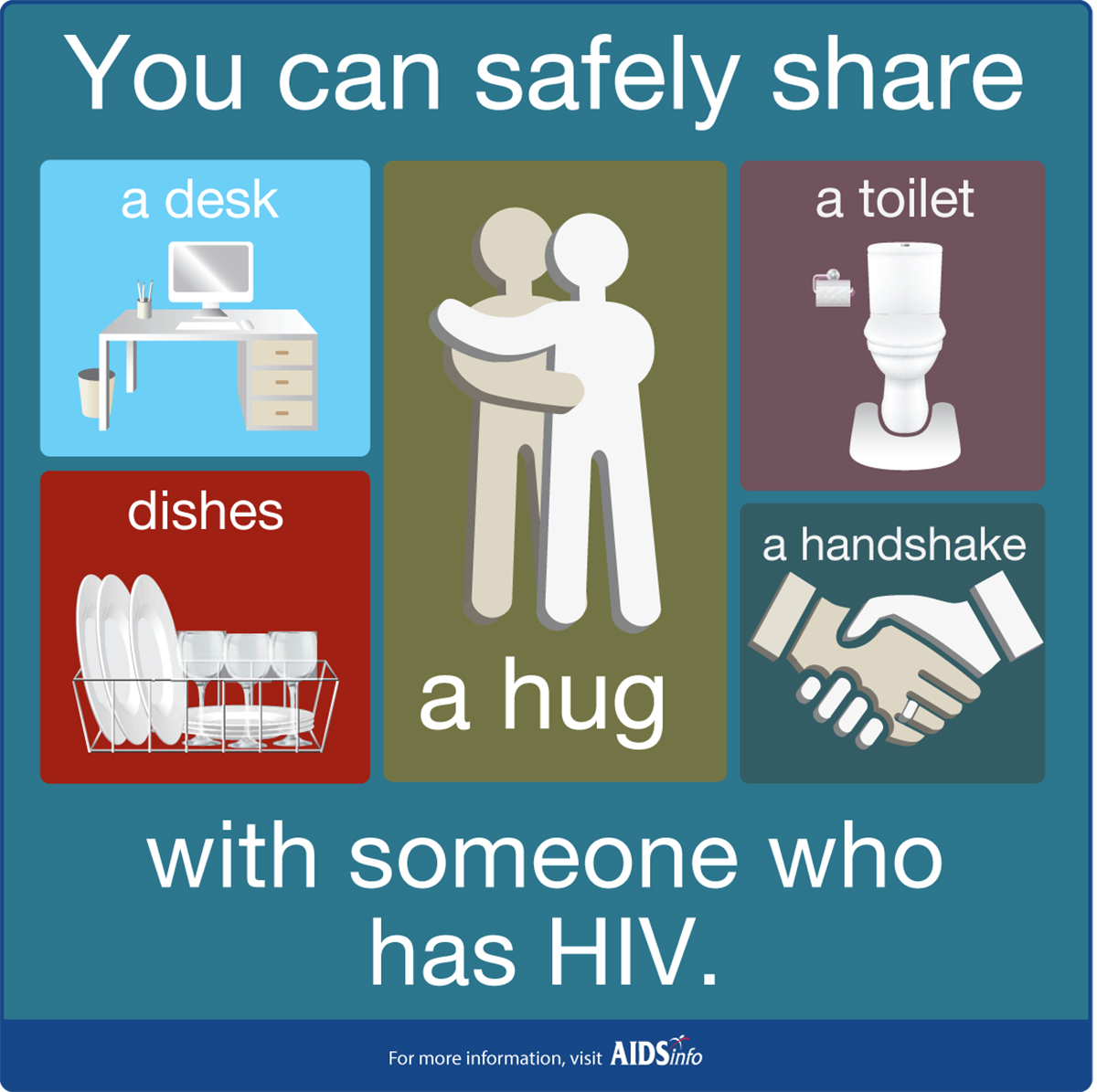 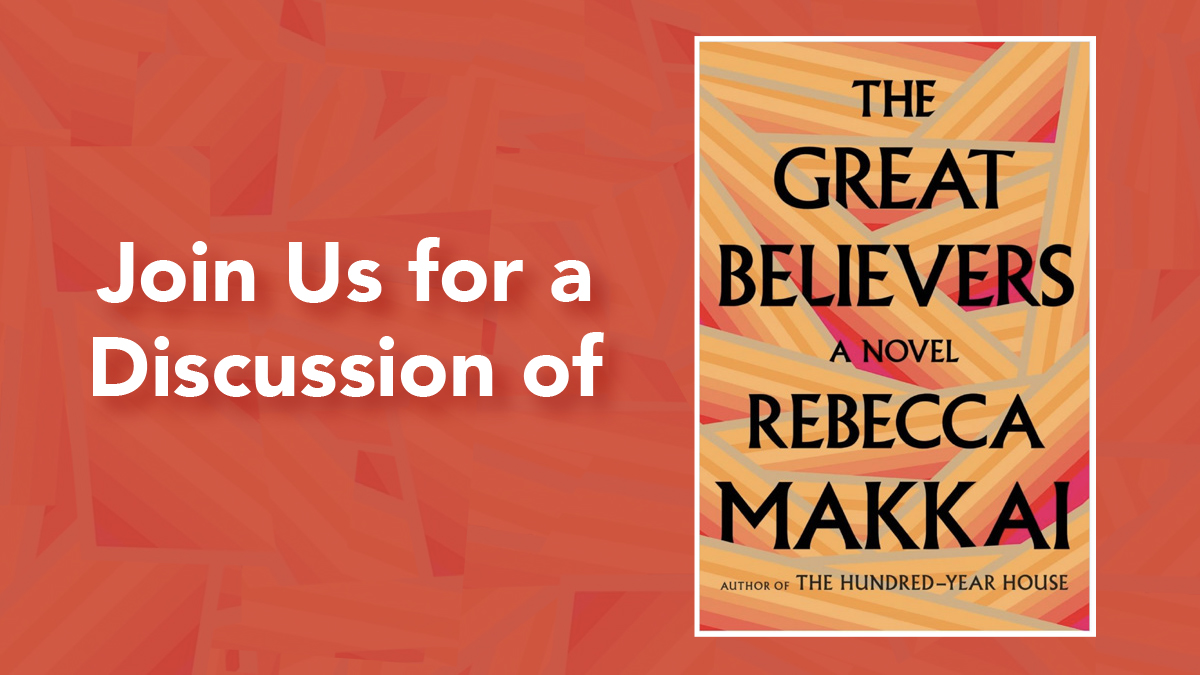 Discussion Guide for The Great Believers: A Novel
Download and print the PDF 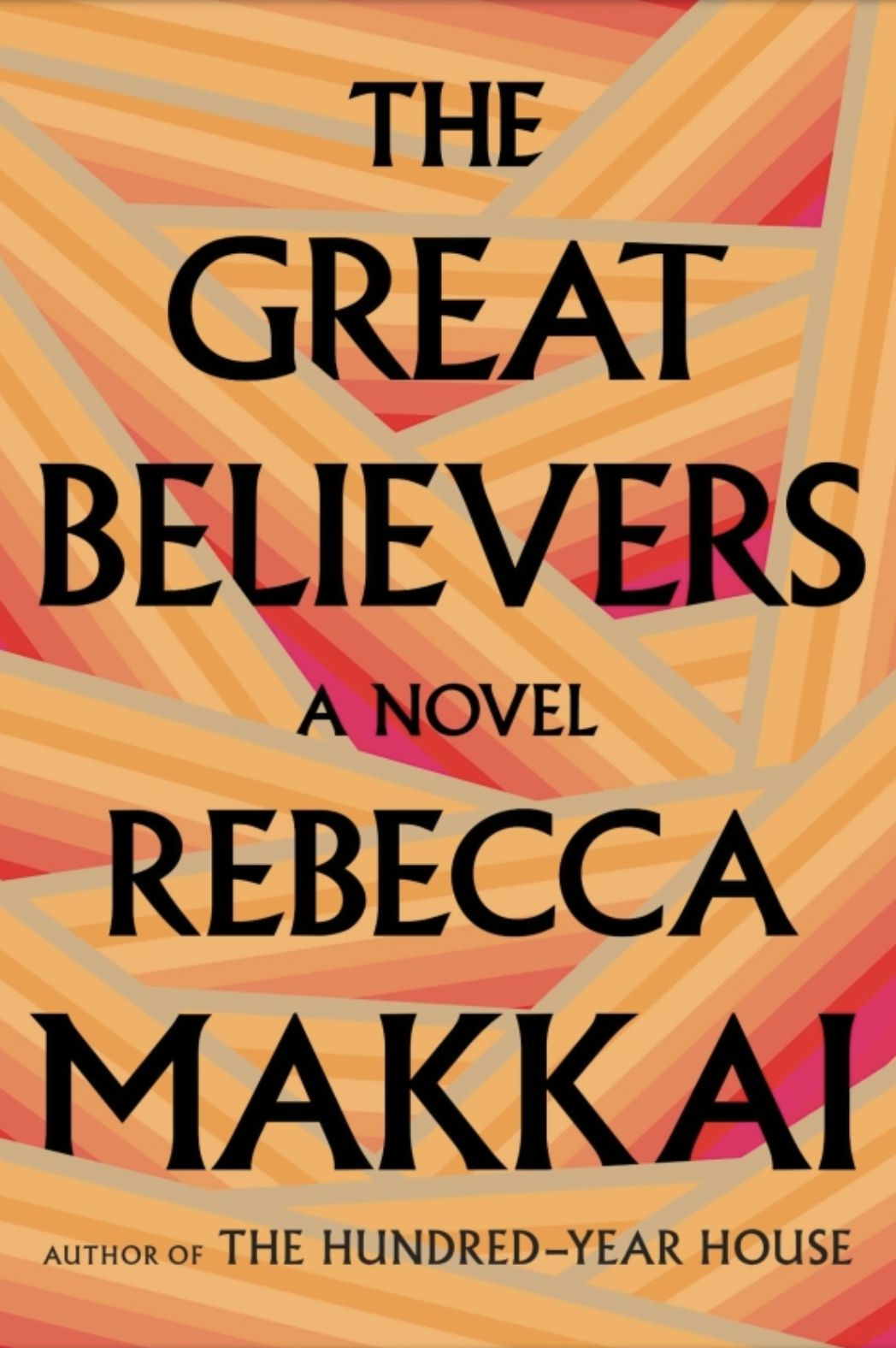 In 1985, Yale Tishman, the development director for a Chicago art gallery, is about to pull off a coup, bringing an extraordinary collection of 1920s paintings. Yet as his career begins to flourish, the carnage of the AIDS epidemic grows around him. One by one, his friends are dying and after his friend Nico’s funeral, the virus circles closer and closer to Yale himself. Soon the only person he has left is Fiona, Nico’s little sister. Thirty years later, Fiona is in Paris tracking down her estranged daughter who disappeared into a cult. While staying with an old friend, a famous photographer who documented the Chicago epidemic, she finds herself finally grappling with the devastating ways the AIDS crisis affected her life and her relationship with her daughter. Yale and Fiona’s intertwining stories take us through the heartbreak of ’80s and the chaos of the modern world, as both struggle to find goodness in the midst of disaster. 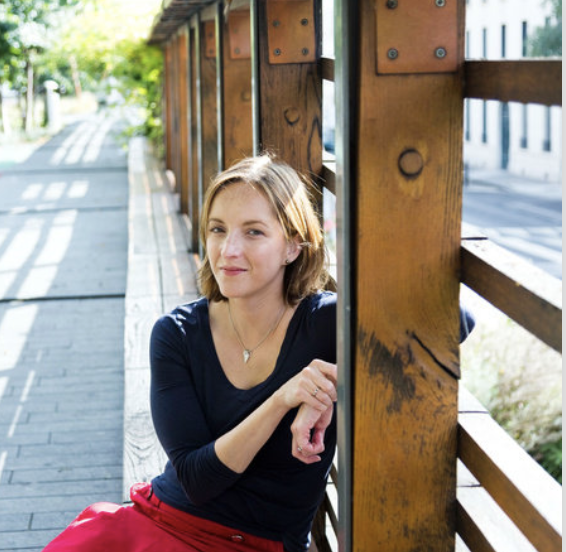 Rebecca Makkai is the Chicago-based author of the story collection Music for Wartime, as well as the novels The Hundred-Year House (a BookPage “Best Book” of 2014 and winner of the Chicago Writers Association Award) and The Borrower (a Booklist Top Ten Debut). Her short fiction was featured in The Best American Short Stories anthology in 2008, 2009, 2010, and 2011, and appears regularly in publications such as Harper’s, Tin House, and Ploughshares, and on public radio’s This American Life and Selected Shorts. The recipient of a 2014 NEA Fellowship, Rebecca teaches at Northwestern University, Lake Forest College, and StoryStudio Chicago. 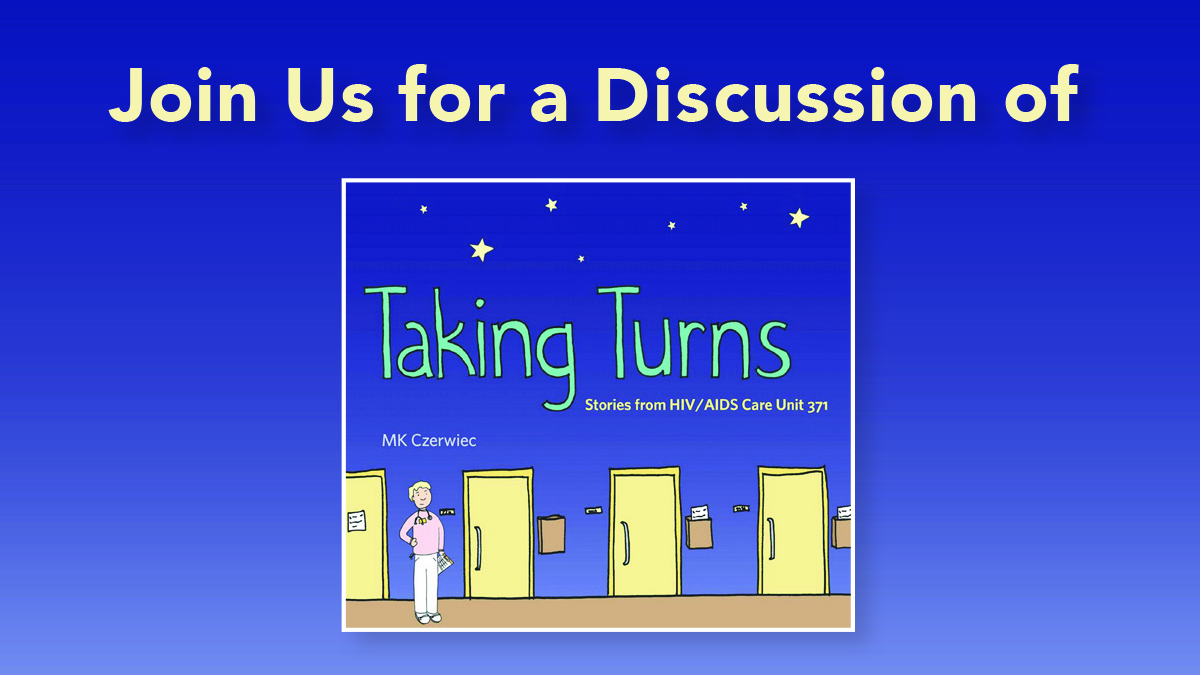 In 1994, at the height of the AIDS epidemic in the United States, MK Czerwiec took her first nursing job, at Illinois Masonic Medical Center in Chicago, as part of the caregiving staff of HIV/AIDS Care Unit 371. Taking Turns chronicles Czerwiec’s seven years serving as a nurse on the dedicated HIV/AIDS care unit. She combines her memories with the oral histories of patients, family members, and staff. This graphic memoir depicts life and death in the ward, the ways the unit affected and informed those who passed through it, and how many look back on their time there today. Czerwiec’s restrained, inviting drawing style and carefully considered narrative examine individual, institutional, and community responses to the AIDS epidemic—as well as the role that art can play in the grieving process. 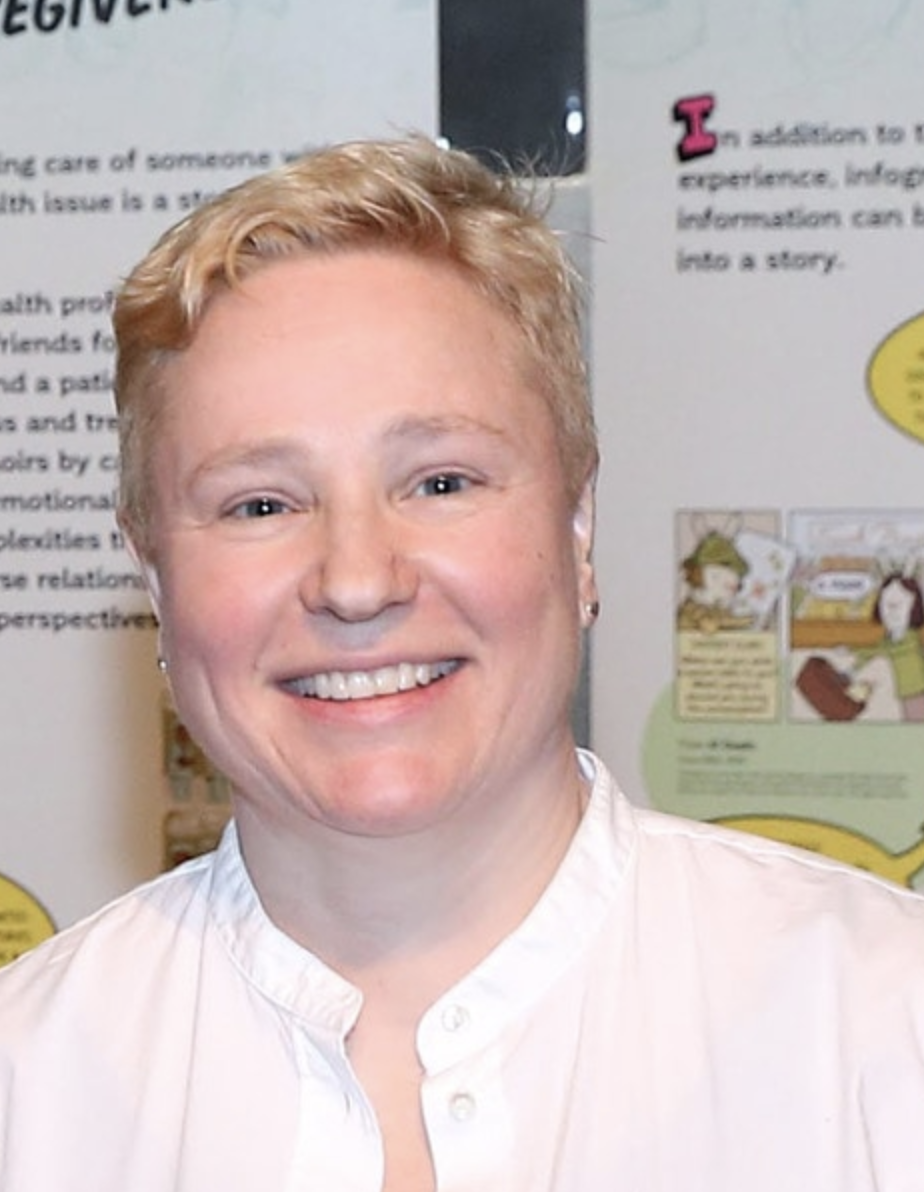 MK Czerwiec is a Senior Fellow of the George Washington School of Nursing Center for Health Policy and Media Engagement (Washington, DC) and the Artist-in-Residence at Northwestern Feinberg School of Medicine (Chicago, IL) where she teaches a course she designed called “Drawing Medicine” to first and second-year medical students. She also co-teaches a cross-curriculum course on Graphic Medicine at the University of Chicago. With a BSN from Rush University in Chicago, she began her clinical nursing experience in HIV/AIDS care and hospice care, and with a BA in English from Loyola University Chicago, she started making comics under the pseudonym Comic Nurse in 2000. She is a co-manager of GraphicMedicine.org and host of the Graphic Medicine podcast.

Book: When We Rise
Left Box 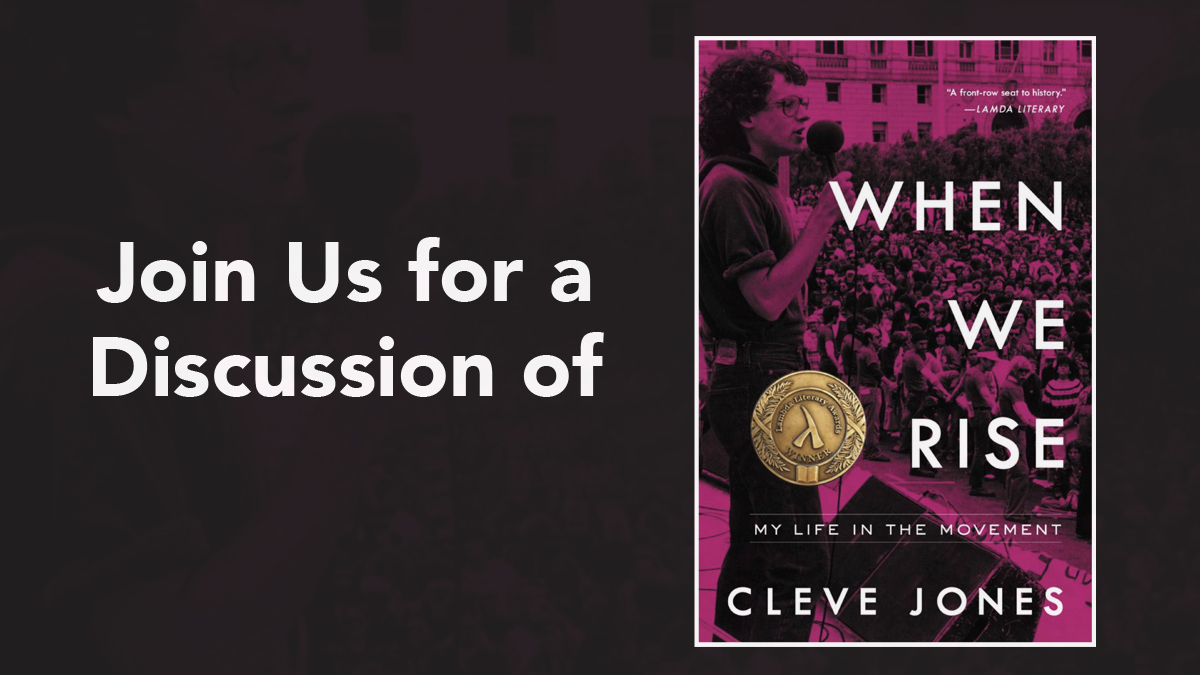 Discussion Guide for When We Rise: My Life in the Movement
Download and print the PDF

Born in 1954, Cleve Jones was among the last generation of gay Americans who grew up wondering if there were others out there like himself. There were. By turns tender and uproarious, When We Rise is Jones' account of his remarkable life. He chronicles the heartbreak of losing countless friends to AIDS, which very nearly killed him, too; his co-founding of the San Francisco AIDS Foundation during the terrifying early years of the epidemic; his conception of the AIDS Memorial Quilt, the largest community art project in history; the bewitching story of 1970s San Francisco and the magnetic spell it cast for thousands of young gay people and other misfits; and the harrowing, sexy, and sometimes hilarious stories of Cleve's passionate relationships with friends and lovers during an era defined by both unprecedented freedom and violence alike.

Cleve Jones' career as an activist began in San Francisco in the 1970s where he befriended pioneer gay rights leader Harvey Milk. After Milk's death, Jones co-founded the San Francisco AIDS Foundation and conceived the idea of the AIDS Memorial Quilt, which memorializes over 85,000 Americans who have died from AIDS. He lives in San Francisco and works as a labor activist.

< Back to Reading Club